After a post about shopping and its consequences, here I am with a post that might encourage shopping.  As recorded music is largely for sale as electronic files (although most of the following records are also available as vinyl releases), one could purchase them all without the use of a shopping bag.

I don’t listen to the hundreds of records per year I used to when I worked at radio stations, but from what I did hear, 2012 was a particularly strong year for recorded music. 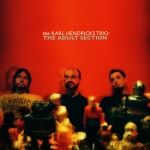 My favorite record of the year is The Karl Hendricks Trio’s The Adult Section (Comedy Minus One). For twenty years, Karl Hendricks has used the ostensibly simple setup of Gibson Les Paul, bass guitar, drums, and an occasional second guitar to make some of the most literate and muscular music in any genre.  His previous album, 2007’s The World Says was a wonderful assessment of life at middle age, and The Adult Section continues with that theme (and not only in the record’s title track).”Dreams Ha” is my favorite song for reasons I ramble on a bit in this post.

Neil Young & Crazy Horse, Psychedelic Pill (Reprise)
Finally Crazy Horse get the sprawling, epic studio record that represents them. Yes, finally.  Psychedelic Pill makes the live document Arc/Weld sound truncated and small by comparison.  As Crazy Horse’s members inch closer to seventy years of age, they lose no aggressiveness, but (as Karl Hendricks does) they play songs that address where they are in life. “Ramada Inn” is my second-favorite song of the year, simultaneously epic and compact as Neil uses few words to tell the shared life story of a man, a woman, and a bottle. 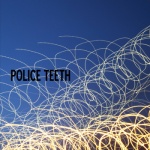 Police Teeth, Police Teeth (Latest Flame)
This blast of Bellingham, WA punk invites repeat play, especially the songs “My V-4 Weighs a Ton” and “Where’s My Fucking Hug?”  Insidiously catchy, loud, and angry music, and it always seems like it ends too soon.  (Thus the temptation for repeat play.)  Police Teeth was a quartet on its previous album, but the band loses nothing in its current incarnation as a trio.  Their set in Chicago last March was one of the best shows I saw all year, and I hope they find a way to come to the east coast before too long.

Chris Brokaw, Gambler’s Ecstacy (12XU)
Chris Brokaw’s guitars and/or drums are on many of the best records released over the past quarter of a century.  Aside from his work as a member of Codeine and Come, he’s also worked as a sideman on many records, including several of Steve Wynn’s finest solo records.  (Here Come the Miracles, as good a record as Wynn’s made, is largely a guitar duel between Wynn and Brokaw.)

Most of Brokaw’s solo work is instrumental, but in 2005, he recorded a wonderful, largely acoustic set of songs called (after a lyric in Suicide’s “I Remember”) Incredible Love. Gambler’s Ecstacy is the followup, with a bit more electric guitar.

Teeth, The Strain (self-released)
John Grabski III had five kinds of cancer and about four months to live when he and his brother Benjamin drove from upstate New York to Chicago to make a record with Steve Albini at Electrical Audio studios.  There, John recorded the vocals, drums, and guitars of this album. The fury he left behind sounds like a man at the height of his powers. I do not  know whether to call it metal or grunge, but it is loud, heavy, and a hell of a way to go out. John’s mantra was ROCK VS. CANCER — ROCK WINS, and this statement is empirical proof.

Kelly Hogan, I Like to Keep Myself in Pain (Anti-)
Kelly Hogan is something of an institution in Chicago, where she moved in the nineties after being something of an institution in Athens, Georgia.  One of the best parts about living near FitzGerald’s in the near western suburbs is the variety of Bloodshot-related alt.country that would play the room (although even more opportunities were afforded by venturing to the Hideout).

Hogan’s spent most of the past decade doing backup vocals for others, including her friend Neko Case.  Here she steps out with a bunch of songs by the likes of Vic Chesnutt and (on the title track) Robyn Hitchcock, and gets Booker T. Jones to produce it.

The Gary, Remains (Sick Room Records)
Texas rock, one of the finer varieties this side of Roky Erickson or Gary Floyd.  Think the louder, less country-inflected music by both of those singers, combined with the sensibilities of such non-Texas trios as Silkworm and Shellac, and you get an idea of The Gary’s approach, sound, and high level of songwriting. The album closer “Call the Dogs” is their finest moment, but Remains is a strong, cohesive album throughout.

Rebecca Gates and the Consortium, The Float (Parcematone)
Rebecca Gates is most famous as the singing, guitar-playing half of the Spinanes, who made several fine albums back in the nineties.  Her first album since 2001 sounds like she’s never been away. Oddly, it sounds just like she started where she left off with the John McEntire produced Ruby Series and its gentle synthesizers. 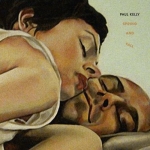 Paul Kelly, Spring and Fall (Gawd Aggie – Australian release)
Paul Kelly is one of the few people on earth who can vie for the title of Greatest Living Songwriter.  He is less prolific now than he was a quarter of a century ago (when it seems as if he had a couple dozen great new songs every year), but his standards of quality remain high.  Spring and Fall is a quiet, contemplative, and largely acoustic record made with Kelly’s nephew Dan Kelly, which goes well with Kelly’s remarkable How to Make Gravy memoir from a couple of years ago. 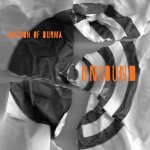 Mission of Burma, Unsound (Fire)
It has been about thirty years since Mission of Burma broke up, and about a decade since they reformed.  I am of the opinion that their recorded work since the reunion is superior to their output the first time around.  Unsound, like Psychedelic Pill, is proof that AARP eligibility need not make old rockers go gently into that good night.

I also heard demos this year from Eleventh Dream Day and Joel R.L. Phelps, and while I wouldn’t count those tapes toward 2012, they bode well for music to be released in 2013.